Relevance. According to WHO 235 million people worldwide suffer from asthma. As reported by official statistics in the Republic of Kazakhstan the total number of patients with bronchial asthma in the population was 100,000 in 2014 to 63.7 in 2013 - 56.3. As can be seen from the data presented has been an increase in patients with bronchial asthma. Among them, the largest percentage is accounted for children aged 0-14 and is respectively 92.4 in 2014 and 75.2 in 2013.

Training purpose - Informing patients about the causes and mechanisms of asthma development, COPD nature of the disease, treatments and prevention. Creating a partnership between doctor and patient. Teach the patient to live with asthma, be able to control it. Keeping a diary of self-control of asthma using peakflowmetry. 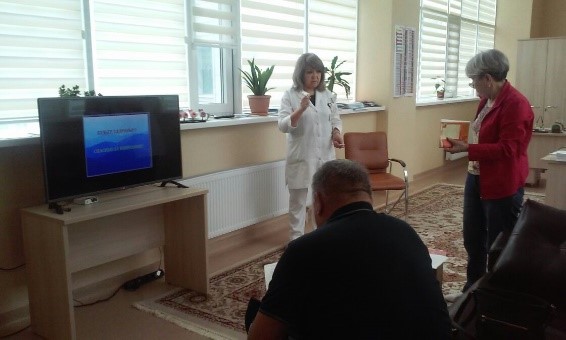