On the eve of the professional holiday, MC Hospital of PAA of the RK noted that the past period from the time of opening new clinic-rehabilitation complex was marked by significant opportunities in the field of new technologies. For example, the total number of performed surgeries in 2015 (4243 operations) in hospital in 925 of them used high technology and from 2902 operations for 5 months of 2016 - 620 operations with high technology. In 2015 at the Hospital 77 new technologies is implemented and for the first quarter of 2016 14 more.

What is behind of all these figures for the ordinary citizen of the Republic of Kazakhstan? It is new opportunity to improve your health in cases where it was previously impossible. Indeed, in our hospital surgical treatment can get not only government workers, VIP-patients, but also ordinary people from any region of Kazakhstan in the framework of the state order for the GAFMC through the hospitalization Portal or on a paid basis.

There are 5 surgical departments (115 surgical beds) of basic profiles: general surgery, gynecology, ENT, neurosurgery, traumatology and orthopedics, eye microsurgery, urology and nephrology, cardiovascular and vascular surgery, as well as 8 well-equipped operating rooms, including "hybrid operating room" that allows you to carry out several operations simultaneously to one patient.

Why do we need this kind of operating room? For example, patients with combined pathology of the heart and aorta are at high risk for severe disease complication during wrong treatment approach. For these patients needed performance of two big operations as for the heart (coronary artery bypass surgery, stent or prosthesis) and the aorta (the implantation of the stent graft). Conduct operations with even several days interval associated with high risk of adverse outcome of the disease, including death. Simultaneous performance of two surgeries allows saving the patient at one time from two serious diseases and significantly increasing the chances for full recovery. In the surgical language this operation is called "One-stage implantation of the stent graft in combination with myocardial revascularization" and such operations in Medical Centre Hospital feasible in cardiac surgery department. By cardio surgeons of Medical Centre Hospital of PAA of the RK also conducted one of the most complex open-heart surgeries with the use of heart-lung machine. Carrying out these kind of operations allows during complex and severe diseases of cardiovascular system not only safe life and health of the patient, but also returning to the previous physical activity.

Our x-ray surgeons (there are some) perform installation of the stent-graft during thoracic and abdominal aorta aneurysm, what is it? Patients with thoracic or abdominal aorta aneurysm are included in the high-risk group for severe complications of the disease such as aneurysmal sac rupture and bleeding, often leading to death. The implantation of stent-graft is the patients’ technology choice who have contraindications to open surgery on the aorta. In x-ray surgery department of Medical Centre Hospital of PAA of the RK implantation of the stent graft, created based on individual characteristics of patient's body structure that helps to carry out personalized approach of treatment and ensure the high efficiency of the forthcoming operation.

In connection with the steady increase of cardiovascular system disease in the Republic of Kazakhstan, installation of implantable cardiac devices is one of the key areas of arrhythmology development. In Medical Centre Hospital of PAA of the RK is possible to implant all the currently known cardiac devices, including pacemakers, defibrillators and cardioverter/defibrillators. Implantation of given devices not only ensures proper highly effective treatment of patients with heart disease, but also has high levels of quality of life and allows you returning to the previous physical activity.

One of the key areas of modern general surgery is to provide a minimally invasive approach in carrying out surgical procedures. Physicians’ of general surgery of Medical Centre Hospital of PAA of the RK in more than 90% of cases use endoscopic equipment. This technique allows preserving the integrity of the skin, significantly reduce the amount of intraoperative blood loss, reduce time being in inpatient department and rehabilitation period, to minimize the risk of postoperative infection complications, which ultimately provides the most rapid recovery of the patient and full return to activities of daily living.

Minimally invasive surgery is used here and in the ENT department for the ENT organs pathology treatment with the use of highly precise navigation system. Development of modern medical equipment allows using highly precise navigation system during surgery. This system provides a high-level visualization of the operated organ and gives possibility to surgical intervention in difficult to access and complex areas of the paranasal sinuses.

Great success achieved by our urologists. For example, for the contact (direct) stones destruction of calices-pelvis system of the kidney uses advanced flexible endoscopic technique in combination with a powerful and effective contact lithotripsy (stone destruction) in the form of holmium laser and nitinol lit extracts, that allows fragmenting and remove stones from almost any part of calices-pelvis system of the kidney, greatly increasing the therapeutic efficacy of retrograde intrarenal (renal) interventions, especially working with stones of the lower segment of the kidney. This technique of retrograde intrarenal intervention is using natural urinary tract to access the calices-pelvis system of kidney. The advantages are: high frequency of complete release from kidney stones; decrease the necessity to repeat procedure; reduction of hospitalization days without increasing the rate of complications; possibility of conduction it in patients with severe obesity, as well as during pregnancy and patients with uncontrolled blood clotting. During the operation, there is always the possibility to stop intrarenal interference without consequences for the patient and return to its implementation over time.

To sum up, I want to celebrate the achievements of the native surgery and exhort our citizens to take care of their health. Additionally, on the eve of the Day of the medical worker to wish new professional achievements to colleagues who dedicated their life to the preservation of health of the population of the Republic of Kazakhstan! 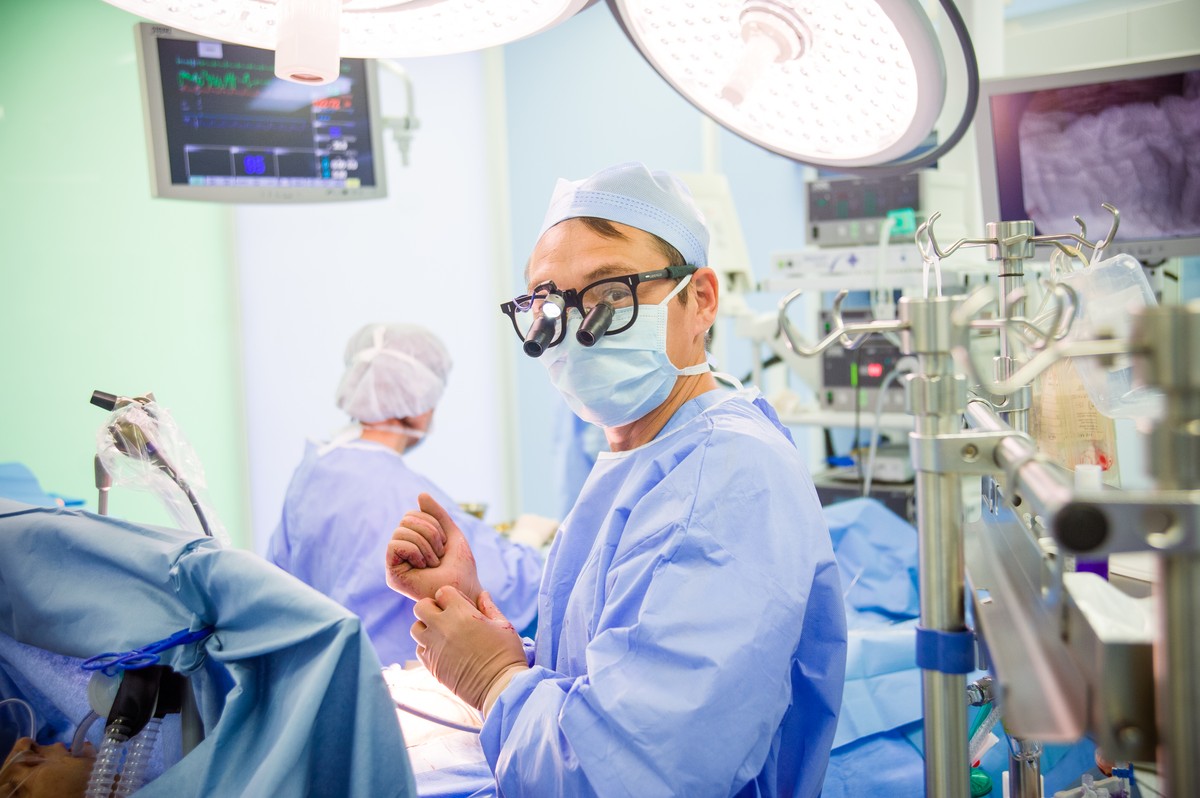