PARKINSON’S DISEASE IS NOT A SENTENCE! How not to give up in the face of a terrible disease with the help of doctors. 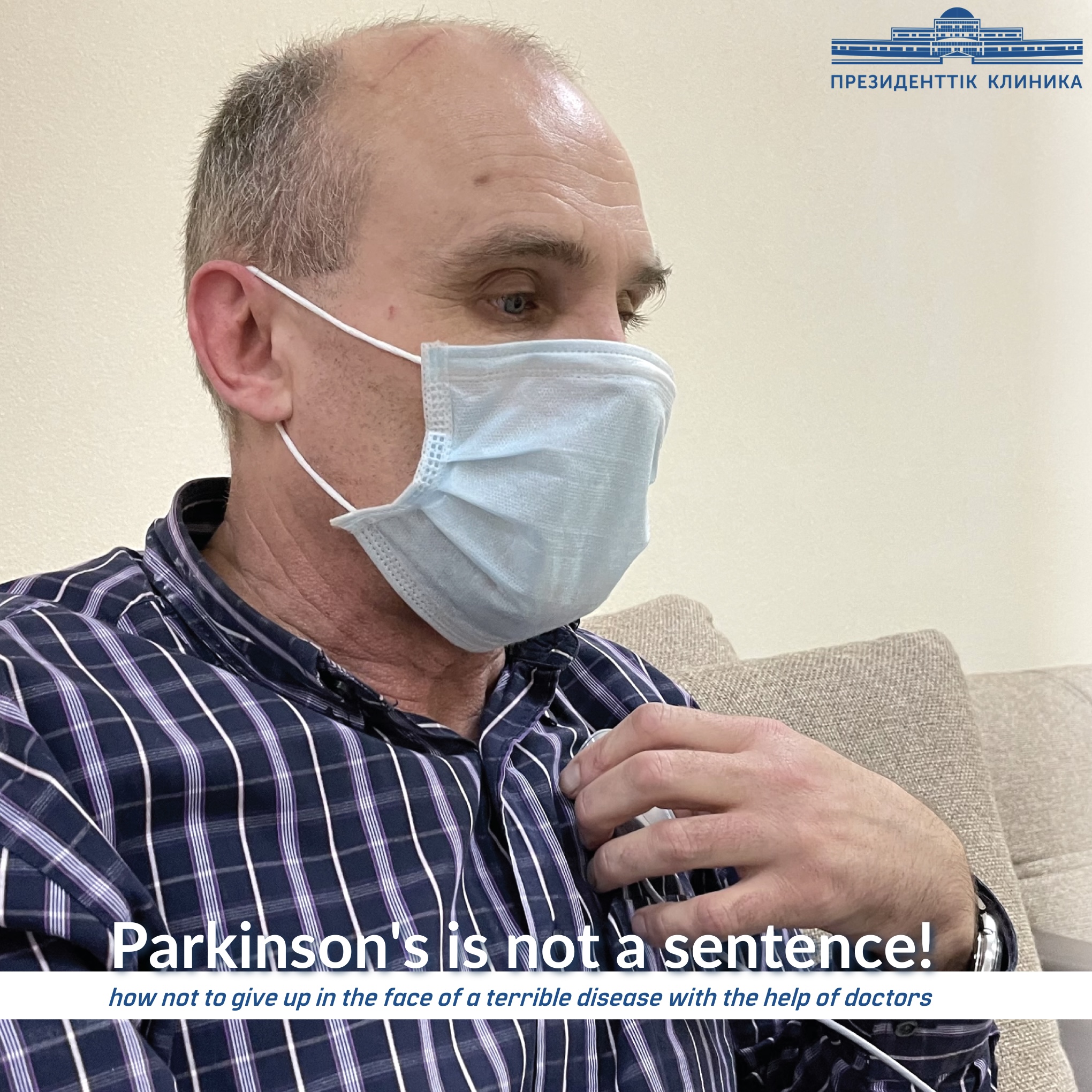 Around the world, a community of people whose lives were changed by this disease decided to share their stories. "Whatever your story, whatever your experience with Parkinson's, you are not alone!" - this is how the main message of this day sounds.

The hero of our article, Andrey Sokolov, decided to share his story so that people with Parkinson's disease do not lose hope and do not give up: “Whoever suffers from this insidious disease, you do not think and contact the doctors here, come to do the operation. It changes life!” 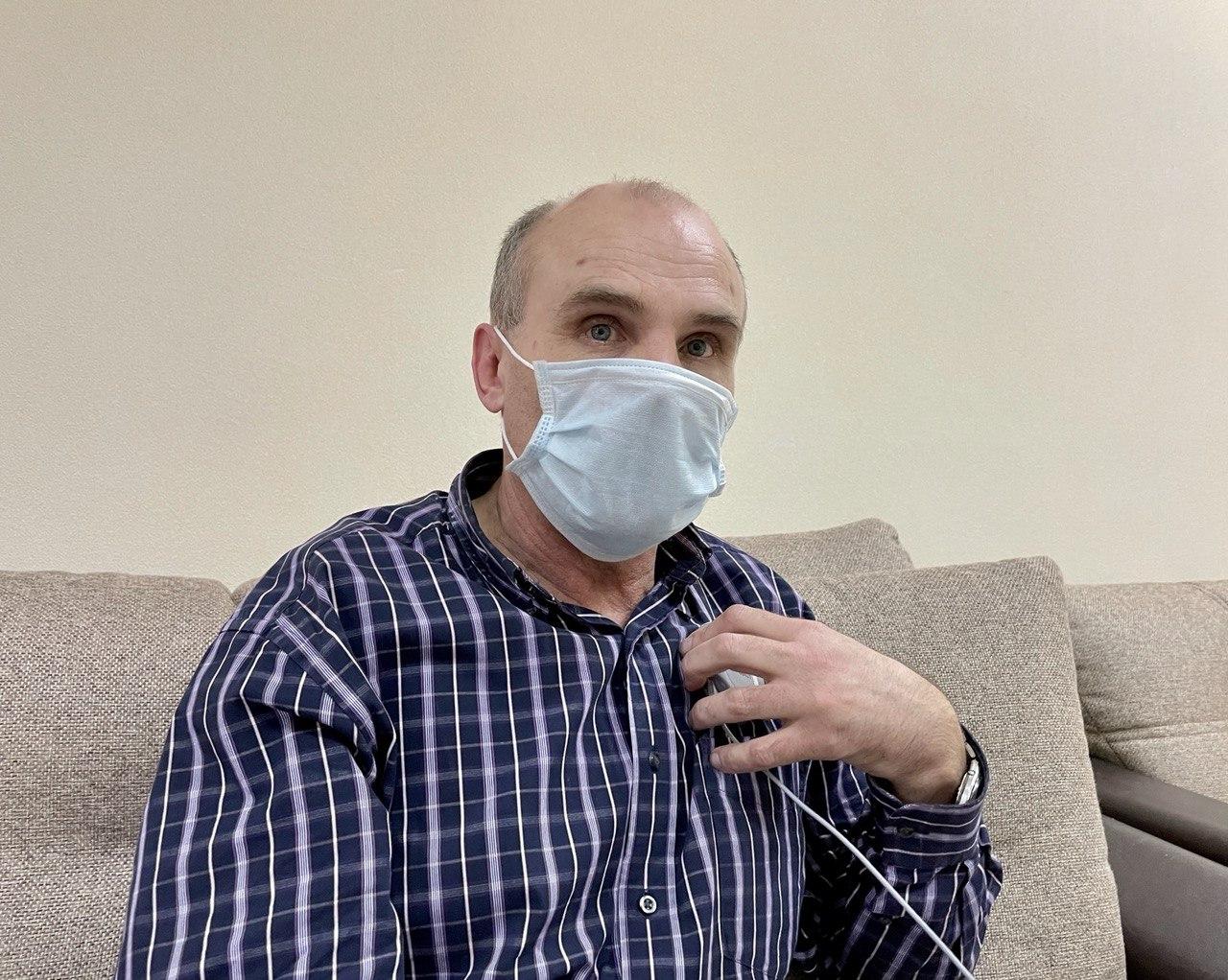 Parkinson’s disease is one of the most common neurodegenerative diseases that can dramatically change the life of any person. Unfortunately, this disease is not one that can be easily cured. Patients need a lot of patience and strength: the disease shackles a person, slows down and makes life a misery. However, treatment can help you live a quality-adjusted life. The hero of our article Andrey Vladimirovich Sokolov, whose life once also turned upside down, told this.

Andrey Vladimirovich lives in Temirtau. He turned 54 this year. 10 years ago, when he was the only breadwinner in the family, his life changed dramatically – he started to have had the first symptoms:

“It happened in 2011. At that time, my right arm began to twitch, and my right leg did not allow me to walk normally: it was as if I was dragging it,- says Andrey Vladimirovich. - Then I started to limp. I went to neurologist in my city: he said that these are signs of Parkinson’s disease”.

Andrey Vladimirovich regularly took medication, but his symptoms gradually worsened. In 2018, he and his wife learned that operations could be performed in Parkinson’s disease that help patients:

“At first, my wife found a clinic in Moscow, but such an operation there cost 700 thousand rubles. We did not have that kind of money. My wife continued her search and came across the website of the Presidential Hospital – it turned out that such operations are carried out in Astana. We immediately applied here, after which we were invited to consult an invited specialist from Europe”.

“At the reception, the doctor adjusted the medication regimen and noted that Andrey Vladimirovich is an excellent candidate for brain neurostimulation surgery,” says Dr.Raushan Tautanova, neurologist of the Presidential Hospital. 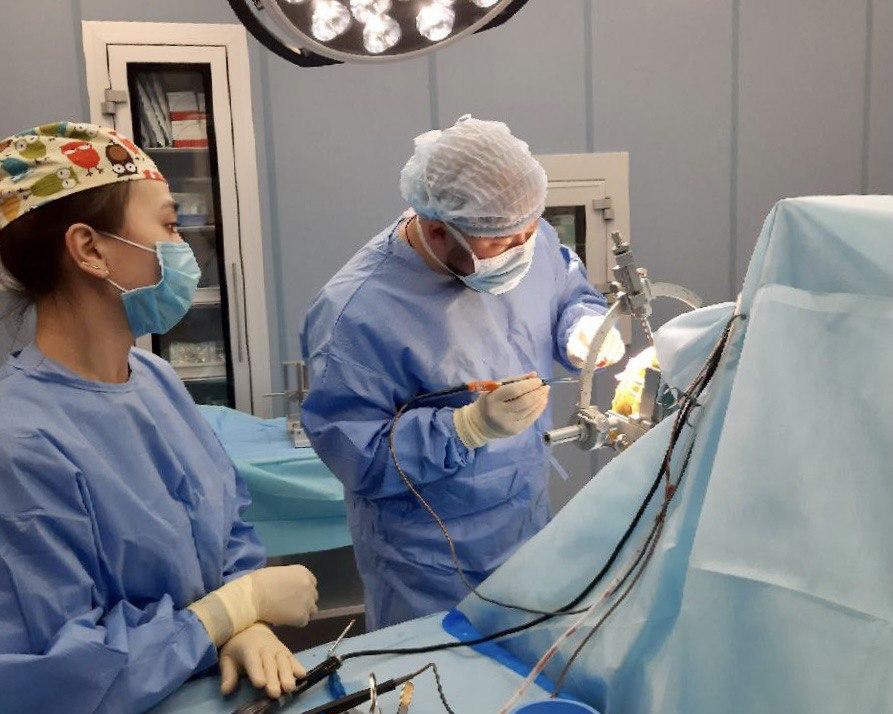 The change in the schedule of taking medications improved the condition of Andrey Vladimirovich. “Levodopa is a drug that is used for Parkinson’s disease – Dr.Raushan Tautanova continued. – It works, but it gives gross side effects: Andrey has developed uncontrolled movements of his arms and legs. Therefore, many patients do not tolerate taking Levodopa. In such cases, neurostimulation surgery is recommended, which I suggested to Andrey and his wife. We discussed all the risks and possible complications. After some hesitation, they decided to go for treatment: they came to the Hospital by the portal system. After examination, they received free of charge treatment. The operation was effective!”

This operation is performed in two stages: neurosurgeons need to correctly insert an electrode into the human brain and install a neurostimulator in the chest like a pacemaker. However, the treatment does not stop there. This neurostimulator shall be properly configured so that the patient can reduce the dosage of the drug, and as a result return to the former life.

It can be seen with the naked eye that Andrey Vladimirovich has gone through a long way from the first consultation to today. The entire neurosurgical team of the Presidential Hospital participated in this process: neurologist, neuroradiologist, and, of course, neurosurgeon. The operation was performed by neurosurgeon Talgat Yermekov. However, the treatment did not end there: our hero still needs careful work on setting up the implanted stimulator.

“I feel much better after the operation. Of course, it can be both good and bad, because the stimulator still needs to be adjusted, - says Andrey Vladimirovich. – Today I came just for the setup. As I understand it, the stimulator has a lot of functions that need to be painstakingly configured. Dr.Raushan Serekpayevna shall find a middle ground, so that I have a stable condition, and come to her less often”. 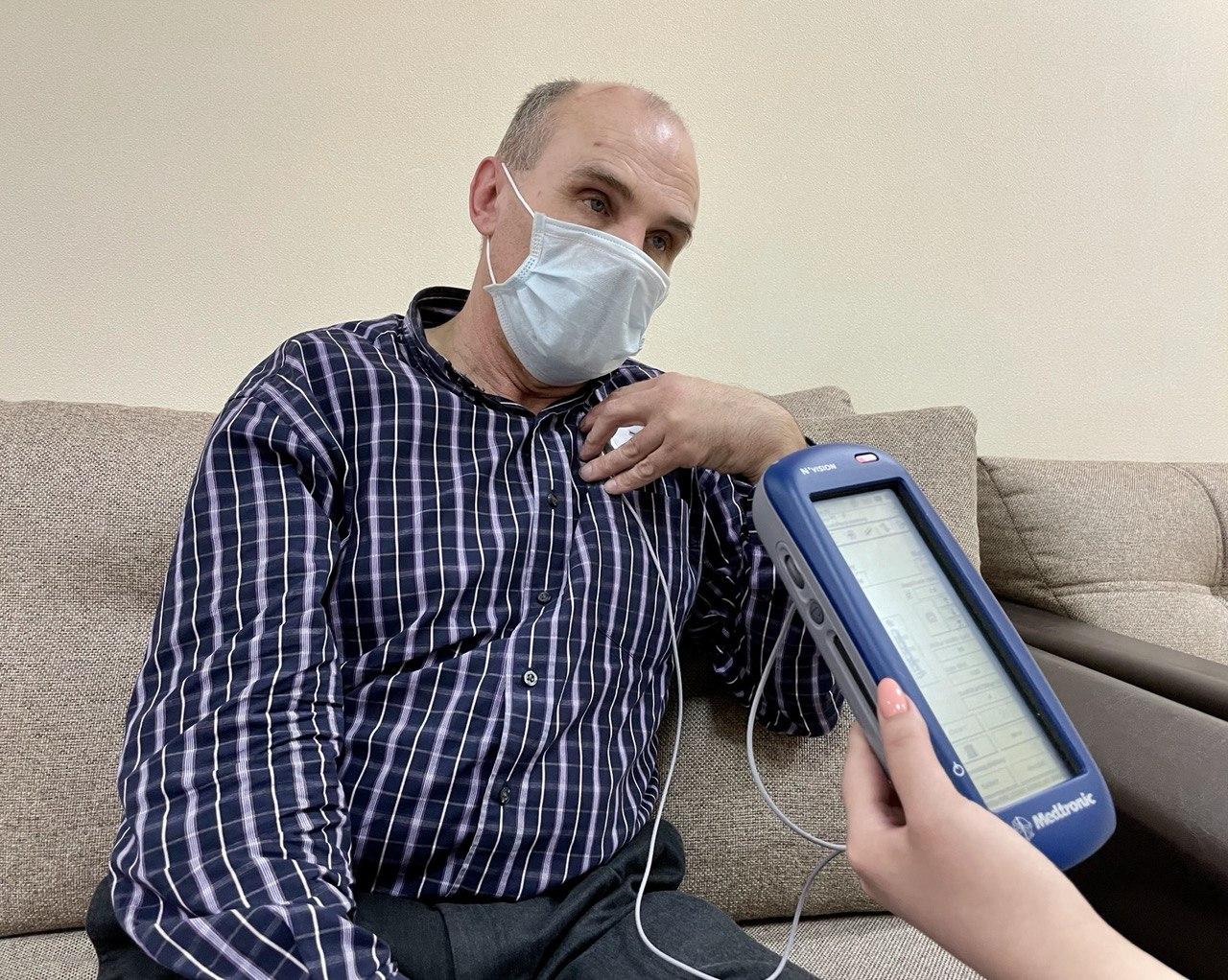 (Neurostimulator setting via a special programmer)

In conclusion, Andrey Vladimirovich thanked all the doctors: “I don’t even have the words to express my gratitude. So many people get better through their hands. Those who suffer from this insidious disease do not think and contact the doctors here, come to do the operation. It’s life-changing!”

Press Office of the Presidential Hospital