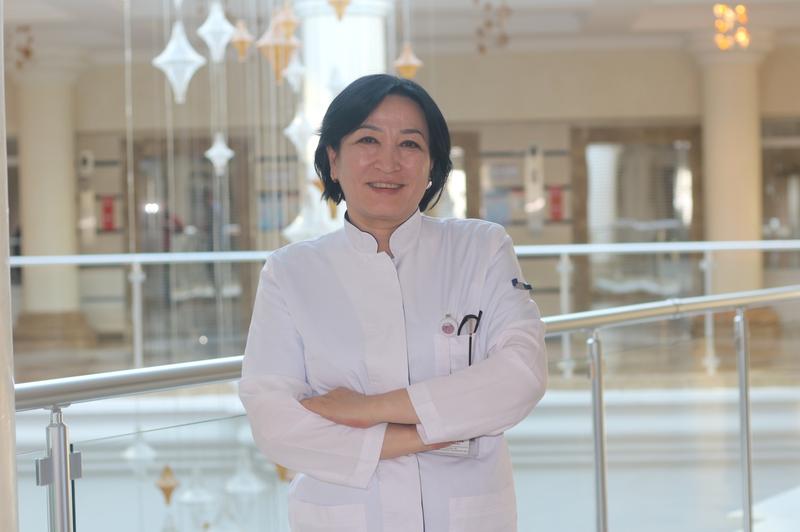 A doctor of the highest qualification category in the specialty of obstetrics and gynecology. Total work experience as a doctor obstetrician-gynecologist is 25 years. Candidate of Medical Sciences.

- 2018 – training and certification at the TransEnterix Robotic Surgery Center, Milan;

- March, 2015 – currently – Medical Center Hospital of the President’s Affairs Administration of the Republic of Kazakhstan, gynecologist, senior physician of the Surgery Department No.2;

- 2001 – Researcher at the branch of the Republican Research Center for Maternal and Child Health;

- 1999-2000 – Teaching assistant of the Obstetrics and Gynecology Department;